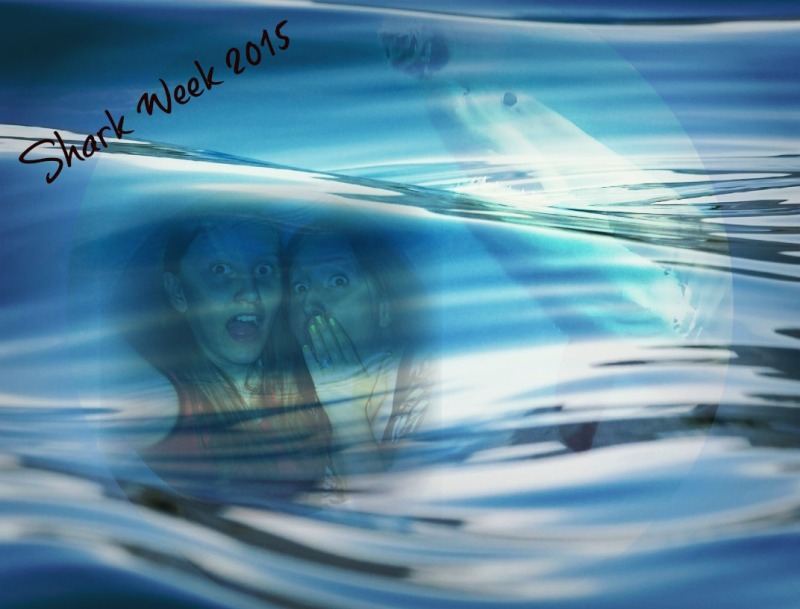 After a long-awaited year, our anticipation climaxes as beautiful creatures of the deep-sea emerge on our television screens and social media sites. My daughter, Bells and I couldn’t wait for these formidable and mighty apex predators to grace the screen in our living room for an entire week.

With technology today, even my “know it all” twelve year old learned new information about her favorite animal. The young wanna be Marine Biologist had been educated in new tagging technics and clan behavior. Who knew sharks travel in clans? Well, it’s not proven yet but marine biologists now know that the same sharks will at least meet in the same places together.

We even got to watch Dave Riggs build a submersible watercraft in his garage on what he called, “a shoestring budget.”  His contraption is for the purpose to dive sixty feet off the coast of Australia in search for the oceans super predator. We sat close together in awe as a great white attacked and nearly destroyed the small craft.

Standing in our living area, Bells had an eye-opening occurrence when we measured how big a 21 foot great white shark is (The look on her face is something I should’ve recorded). Watching the largest shark on record being documented was an experience neither of us will soon forget.

Kina Scollay is now on her bucket list of people to meet. Yes my young tween has a bucket list. This New Zealand shark expert is famous for his ID system as he paves the way for imaging techniques to personally identify each shark. This tool has given researchers and scientists the means to track behaviors and migrations patterns on those sharks that haven’t been tagged.

We learned that great whites can be identified by their scares after being attacked by other predators. This type of information is stored in a data base similar to computer facial recognition programing. It’s rather simple to identify a shark if they’ve been photographed and/or filmed.

It was interesting, to say the least, watching sharks to be hand tagged. But deliberating that this could someday be my sweet baby girl’s career of choice is a bit frightening. And the more we watched, the more apprehensive I became.

But all in all, the programming was satisfactory and we both now follow many more marine life organizations, professionals, and scientist. Immediately after dinner, our routine didn’t stray far off the path of the couch. Which is unusual for us but hey, it’s only a week.